Posted at 11:13h in Ignite by Bhumi 9 Comments
0 Likes
Share

On 13 November 2010, about 50 children from classes five to ten of Christian Mission Service Children’s Home had the opportunity to participate in an aero modeling workshop by Mr. Vivekananda Ilavazhagan of Eagle Aerosports, also a Bhumi-DnE volunteer. It was a one-of-a-kind event that interested not just the children but the volunteers as well.

The workshop was aimed at familiarizing the children with the basic concepts behind the working of an aircraft. Mr. Vivekanand started off the session with a simple question: Who invented the aero plane?  Wright Brothers is the answer anyone would be expecting. But the children were a step ahead. They even mentioned the name of each of the Wright Brothers. With a quick introduction to the invention of an airplane, he proceeded to the fundamental concepts involved in making an airplane fly. 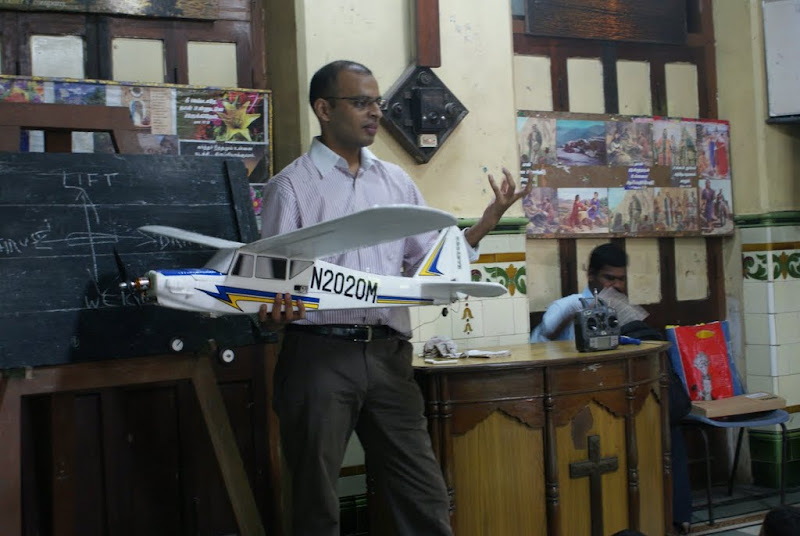 An airplane is essentially composed of four parts: fuselage, wings, tail, and fin. With a simple diagram, he explained the four forces that act on an aircraft namely the thrust – makes it move forward; the drag –the opposite force when it moves against the air stream; the lift – upward force essential for takeoff generated due to a pressure difference between the top and bottom of the wing (as per Bernoulli’s theorem) and the weight – downward force. For an aircraft to fly, it is important that the thrust is greater than the drag and the lift overpowers the weight. In relation to this Mr. Vivek asked a few more questions regarding Newton’s laws of motion and the children quickly responded with the correct answers.

Once the theory was discussed, it was time for practical application. Mr. Vivek had brought with him a miniature model of a chuck glider to demonstrate its working. The children became more excited when they were told that they would also be constructing a model themselves. After witnessing the maneuvers of the glider, the children got ready to work on their individual models. 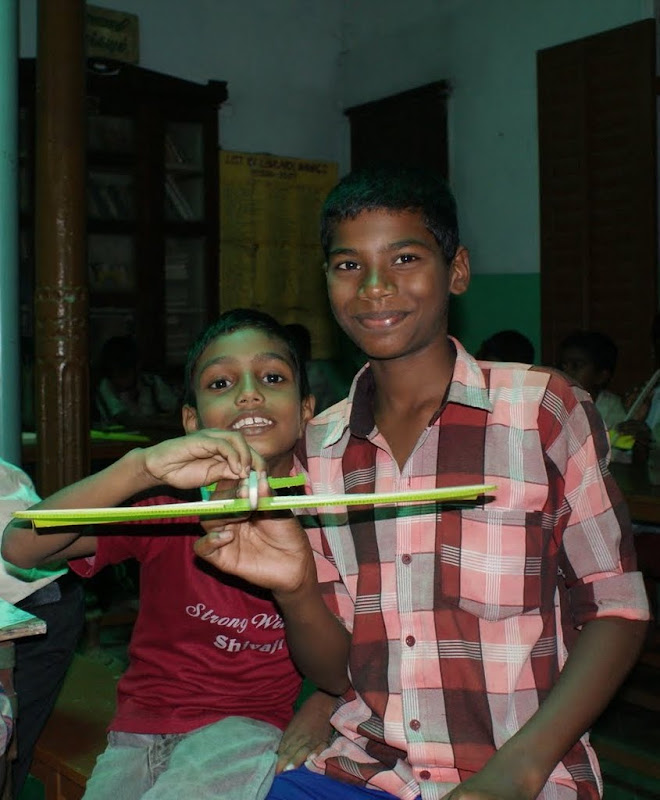 The construction of the glider was done step by step as follows:

> Markings were made on the fuselage to indicate the place where the wings and the tail had to be attached.

> Since the drag is an opposing force, the front portion of the aircraft needs to be heavier to ensure a mightier thrust.

> Elevators present at the tail regulate the upward and downward movement of the aircraft. In the tail fin, the elevators were cut along their opposite sides in such a way that they look like two equidistant flaps on the tail.

> The ailerons were cut in the wing to control the roll of the glider – helps in changing the direction of the aircraft.

> The wings were attached to the front-upper portion of the fuselage, the tail to the rear-lower portion.  The fin which is responsible for vertical stability to the rear-upper end of the aircraft.

After having assembled these parts the children took a break for lunch. Some stayed back to get their doubts cleared. A few were even taking down notes; an indicator of their level of interest and enthusiasm in making the best use of the opportunity.

> Centre of Gravity is essential to maintain the equilibrium of the plane, by making the front portion of the fuselage heavier (by adding china clay), the aircraft is made capable of counteracting the drag.

Almost four hours worth of hard work culminated in several chuck gliders whizzing past us from every direction. 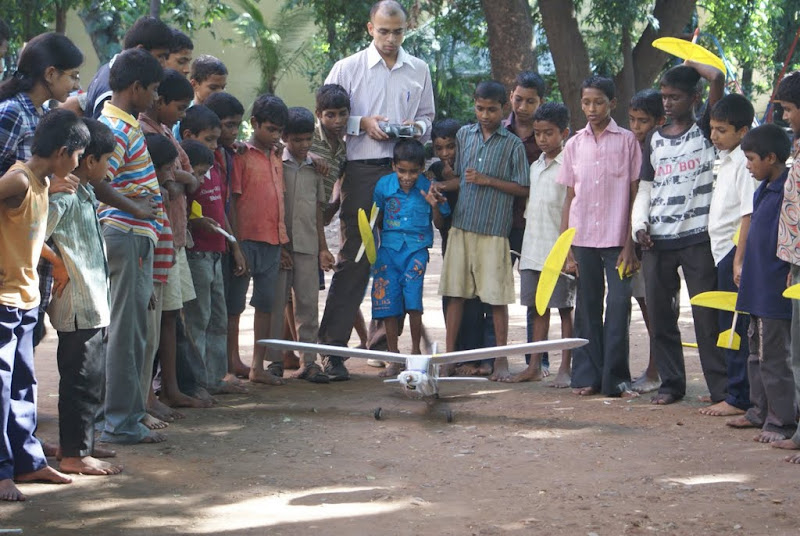 It was altogether an overwhelmingly fun experience for the kids and a revisit to high school physics for the volunteers. We are surely looking forward to the next one. After all, Education is always fun at Bhumi!!

“As we entered the home, we saw these kids running towards us with their arms wide open 🙂 I must say that this was one of the brightest groups that I’ve come across as they knew answers to quite a few questions like the forces acting on an aircraft etc, which no school student has answered till date, it is remarkable. These kids are truly Little Einsteins! All in all it was fantabulous day for us J Thank you Bhumi for giving us a chance to be with the kids.” remarked Mr. Vivekanand, before leaving the home on what could be described as a blockbuster Saturday.