Another visit to the planetarium

07 Feb Another visit to the planetarium

Posted at 08:27h in Ignite by Bhumi 5 Comments
0 Likes
Share

30 December 2011 was one of the remarkable days of our lives. We had all eagerly awaited it, and it was more than a dream come true.

The volunteers and the children from Bharathiyar Gurukulam set out in two vans to the Planetarium for a fun-filled educational trip. The air held a spirit of cheer and playfulness as the children entertained everyone with small games and chit chat. When the planetarium came into view, there was immense joy on the faces of the children. Their excitement knew no bounds when the planetarium show gave them interesting facts about the universe and the solar system. The display of stars, constellations and planets left us all gaping at the screen around.  It felt like a trip to outer space itself. This was followed by a3D show that enthralled us with snakes and other strange creatures. 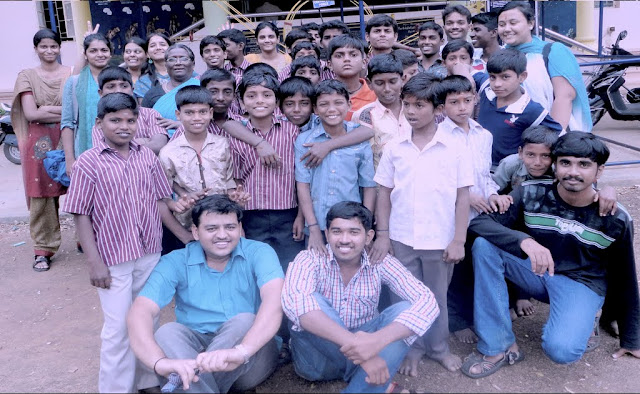 The Environment Centre and Scientific Park at the Planetarium enlightened the children about basic scientific concepts in a simplified manner. They learnt about the oxygen cycle, rainfall, soil erosion and some principles on sound, mass, weight, etc. through games and fun activities. The gloomy sky and wet roads did not dampen the children’s excitement as we headed out to the BHEL Park.

The BHEL township was huge. We found a shady corner where we settled down to have lunch only to refuel ourselves for a trip on a toy train around the Park. The train took us through the woods and on to a field with around 200 deer.

As for the volunteers, we were satisfied with the social exposure the kids received through the visit as much as we enjoyed spending time with the kids. The children’s park there brought out the kids in all of us.

The rain cut our trip short and we were soon left with no choice but to head back. Music filled the air during the journey back. Upon reaching home, the teacher and the children thanked all the volunteers for making the day a very special one.