Posted at 22:25h in Events by Bhumi 0 Comments
0 Likes
Share

India won the Cricket World Cup to our immense joy on April 2, 2011. The Marina in Chennai at midnight was jam packed. Parties all over the city (and nation) went well into the night. It was a sin if you slept before 2 am! In spite of all this there were this manic few who managed to get up early on the morning after and make it to BPL! BPL? Is it the Barclays Premier League?  Oh no! It is the Bhumi Premier League, the cricket tournament held between the volunteers of various projects of Bhumi!

Each of Bhumi’s four projects came up with playing XIs; The Dynamites from Dronacharya and Ekalavya, the Kalakkal Kanini team, the GhiLE from the Little Einsteins and the MAD Madrasters XI were all set for the biggest cricket extravaganza at Bhumi! The Kalakkals and the Dynamites were the most punctual teams in that order and hence were blessed to play the first match when the sun was just about rising! 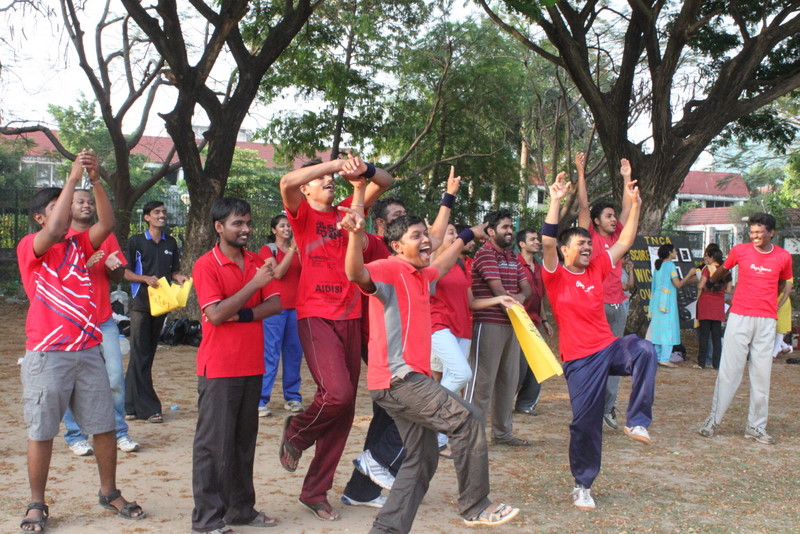 The first match proved to be an absolute run feast with the Dynamites sending the Kalakkals on a rubber hunt. With a stiff target oh 120+ and 8 overs at hand, the Kalakkal Kanini went about their chase nonchalantly. Just when we thought the Kalakkals will be the runaway winners, a final over come back by Dynamites meant the game was tied and a super over was called for! The Kalakkal  Kaninians held their nerve to emerge winners!

Conversely, the second match witnessed some disciplined bowling from both GhiLE and MADrasters XI. MADrasters, batting first, set a modest target of 85 in 8 overs. The chase by GhiLE started of sluggishly, but picked up momentum past the halfway mark in their innings. With 11 required of the last 2 balls, two stunning sixes proved to be the clincher in this humdinger. 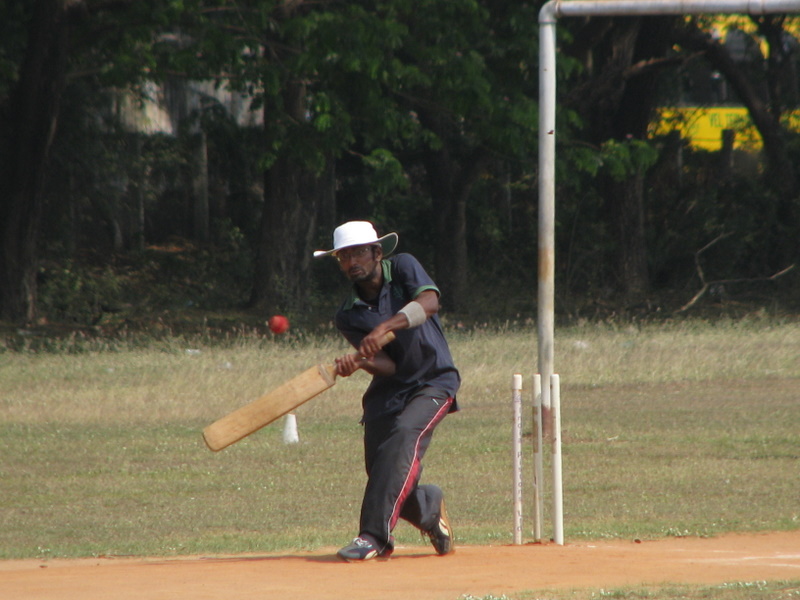 While the boys sweated it out in the sun, some girls joined in, the rest cheered their teams on! Drinks break consisted of bread butter jam, fruit juices and a certain special drink which no one knows the name for. The drink’s recipe was rumoured to have been trashed as soon as the drink was made 😛 Nevertheless, most of us had second helpings and enjoyed it 🙂

Moving on, the finals between GhiLE and Kalakkal Kanini turned out to be a one sided affair. GhiLE with its disciplined bowling restricted Kalakkals to a modest score of 70 and knocked off the same with an over to spare and emerged comfortable winners of BPL 2011. 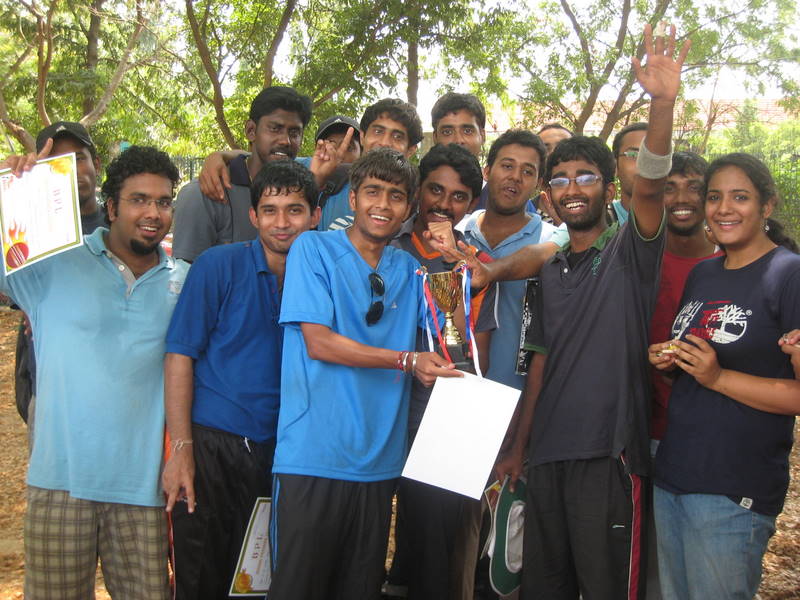 The biggest winners though were the HR team that put together this gala event which turned out to be a wonderful get together for the hard working volunteers. Three cheers to them!!