Posted at 07:52h in Events, Ignite, Nakshatra by Bhumi 0 Comments
0 Likes
Share
Thank you for giving the children of STEPS an opportunity to participate in Bhumis’s inter home competition.
As this was the first time we were participating we were unsure of what to expect. All communication prior to the event was very prompt and pleasant. Rain ruined the first day and lead to some confusion. We attended the second day’s cultural events in MCC school, Chetpet. We were greeted by Balaji at the bus we were about to board. Not only was he very pleasant but he also kept in touch during the event to make sure that things were going on-schedule.
At the event, the meals starting from breakfast were very delicious and hot. And it was great to hear the volunteers tell all the kids to come back for more, if they wanted. The return snack was a a great idea as the children were really hungry by the end of the day.
The children in STEPS were some of the youngest participants in the different events. The volunteer Gnanambigai who was in charge of the the children escorted them to the events and took care in explaining the instructions to them . 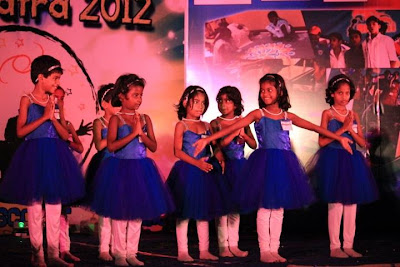 A particular note of appreciation for the two volunteers in charge of the memory game – Jacob and the lady volunteer whose name I am not able to recollect. They conducted a first round for all the teams and when they found that that team from STEPS were very young and did almost as well as the older children they called them for the next round and went out of their way to look after them. They did a great job.
The transport coordinator Ganapathy was very helpful and also went out of his way to provide early transport for us  to return.
It was of course great for the children to see the Bhumi volunteers for STEPS at the events. ‘Sriram anna’, ‘Bharat Anna’, ‘Sukeerthi Akka’.. The kids enjoyed seeing them. Their enthusiasm and life is infectious 🙂
– Ms. Nisha George
STEPS Children’s Home, Chennai