As the children from Class 10 of SAC Dr. PV Rao School were getting ready to bid adieu, we the volunteers from Bhumi planned a trip to the Anna Zoo at Vandaloor – in appreciation of their efforts to overcome the fear of exams, and performing well in their year-ends. But we wanted to do a little more.

On 10th April 2010, 30 children embarked on a journey that they shall always treasure… Winners Bakery and & Confectionary a joint venture of Chennai Corporation, Rotary Club of Madras East and Oriental Cuisine’s Chennai Mission headed by ‘Hot Breads’ Mahadevan is an initiative to uplift school dropouts from economically underprivileged communities.

The Principal walked us around the facilities of the bakery, introducing us to the various stages of preparing a cake – dough mixing, flattening, baking, cooling and icing. He also briefed the children about the course, and its prospects and shared a few success stories. 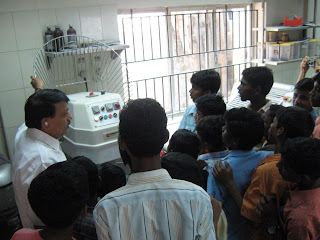 The children were very excited to interact and their interest to know more was evident from their willingness to collect and read through the pamphlets distributed at the venue. 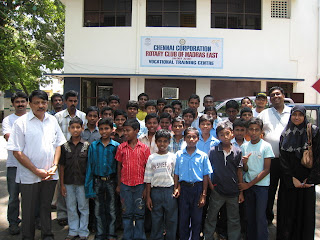 What followed was an unforgettable trip to the zoo. Despite the scorching weather, children explored every nook and corner, in complete awe; some were even tempted to carry home a few of the colourful, big fishes from the aquarium. 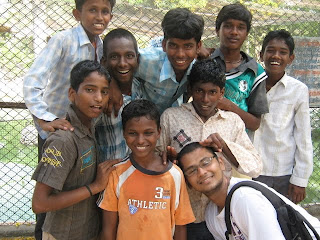 Their first close encounter with the lions during the safari brought out ‘roars’ of happiness. Howling back at the Hippopotamus, commenting that the White Tiger was just an ordinary tiger with stripes painted in white, and feeling apologetic to see the plight of birds and the dirty water encircling them made this visit fun and thought-provoking. The energy from shorts breaks for delicious muffins and biscuits kept the team energised till they hit the exit gate. 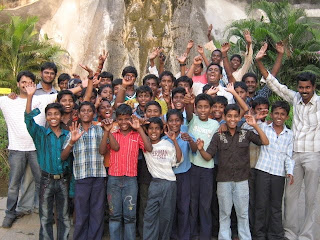 This last outing with our exuberant bunch of children was gyan peppered with excitement, and will be cherished forever by the children and the volunteers.