Siragugal is an amalgamation of joy, talent and lots of potential.

Getting those ingredients in place required a lot of planning and preparation. Our preparations started off sometime in May and teams were formed to take care of sponsorships, external liaison, events and logistics. We had regular meetings to co-ordinate all the activities, and with every meeting, the level of excitement in each Bhumian rose. 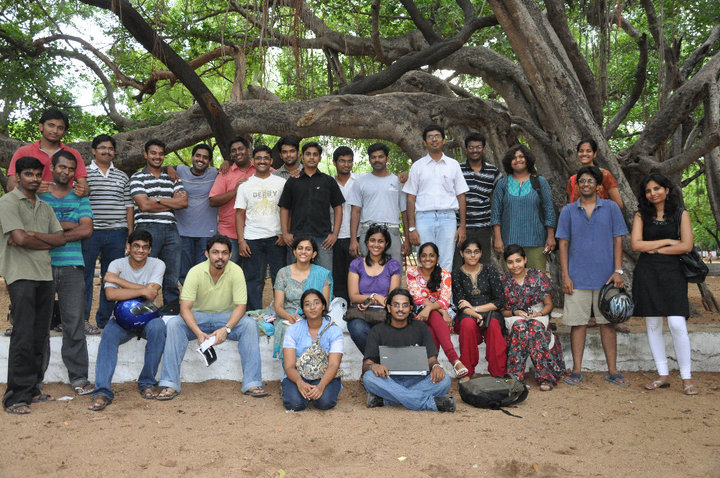 The second edition of Siragugal was organised for 915 children from 37 orphanages in Chennai, Kancheepuram and Thiruvallur districts. Their usual bubbly self, they certainly induced a smile on all the volunteers who had turned up to conduct this extravaganza. The weather gods were kind and blessed us with a nice sunny morning that certainly got brighter as the day progressed.

“It was heartening to see enthusiastic children streaming into the auditorium for the inaugural function to start. As I stood there waiting to welcome the chief guests for the event, a boy who passed by was relentlessly encouraging a friend of his who was all dressed up for the solo dance event. I was amazed by the maturity and confidence of the child and was sure this day is going to be much more awesome than what I was expecting”, recalls Divya Murali. 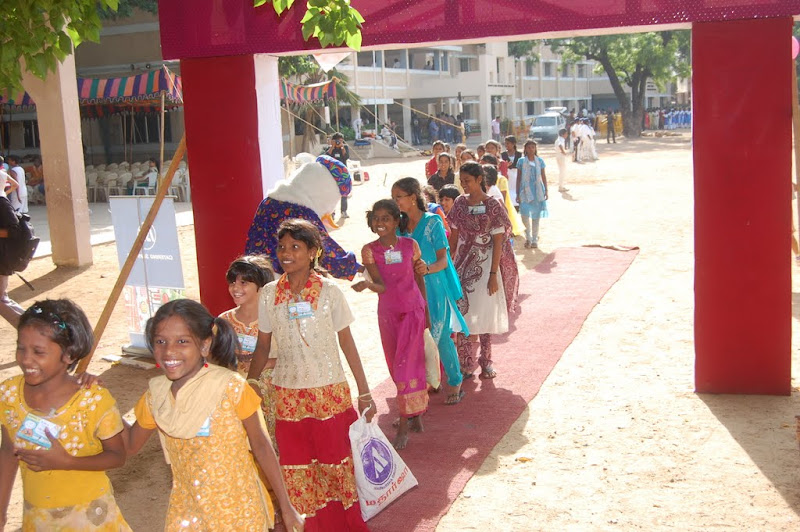 The Vice-Chancellor of Anna University Mr. Mannar Jawahar inaugurated the event. While actress Ms. Anuya and the witty Mr. Shiva Karthikeyan were the guests of honour.

The events started off with a bang and the cheering never stopped till the day was over.

“Though each of the children were equally wonderful, I remember one child in particular (7 or 8 years old) from the Clay Modelling Competition. Watching him sit alone and intently  model an idol of Lord Ganesha made me wonder, Whom should I be praising?– the God who created him or the boy who was creating God with his vivid imagination” an emotional Debyuti Datta Gupta unwinds.

Right from co-ordinating transport and operations to distributing food and conducting events, every Bhumian was on his/her toes, as if an event for a royal dignitary was being hosted 😀 The confidence with which the children performed the group song on-stage was just terrific. Judging was a tedious task as we had different types of teams performing. Some had brought in their own sets of instruments, while others managed to do away with them and perform. The team which brought along with them a big cooking vessel (an anda) to create music definitely caught everyone’s attention for their ingenuity. Every child’s passion and dedication to showcase their talents in front of such a large audience was evident, grins Arjun Vijay Kumar. 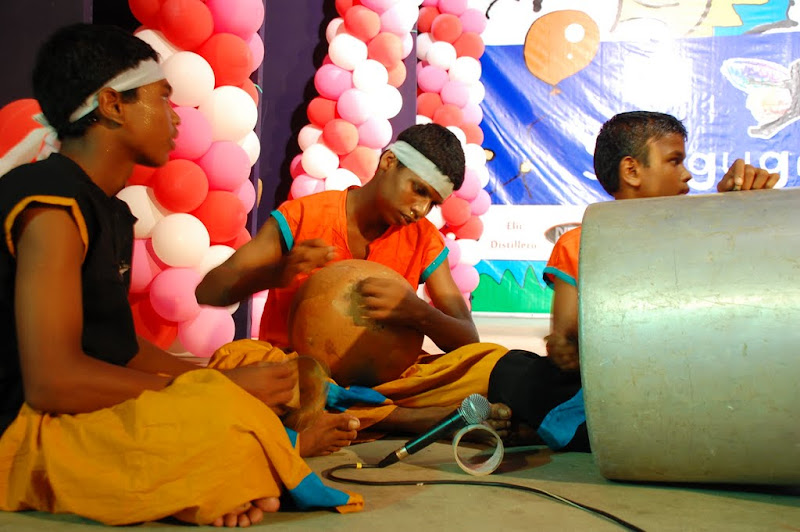 The science exhibition had simple but innovative models on display. The ingenious Snakes and Ladders game with its gigantic dice and messages on how to preserve environment was everyone’s favourite! Children on their toes throwing the dice as big as their head and scampering around excitedly made every hour spent on making this huge vinyl banner worthy. Kudos to Mini Jain and team for the lovely exhibition.

The children had worked hard and gave in their best performance. They certainly had the passion for what they were doing and had clearly worked hard to bring it out. A couple of children shared stories of how they had found time and practised for it after school. They did not have a seasoned choreographer to sequence the steps for them. They did not have a voice coach to train them in singing. They did not have a readymade script to by-heart and enact for the drama. But their effort and energy certainly made us stop and take notice of what they were doing on-stage, shares an overwhelmed Ashwin Chandran.

The auditorium erupted into cheers when actors Sibiraj and Shiva walked in. The two guests enthralled the audience with their witty and encouraging speech. There was another surprise element in the form of singer Ms.Maya who had the audience on their feet with her peppy numbers. 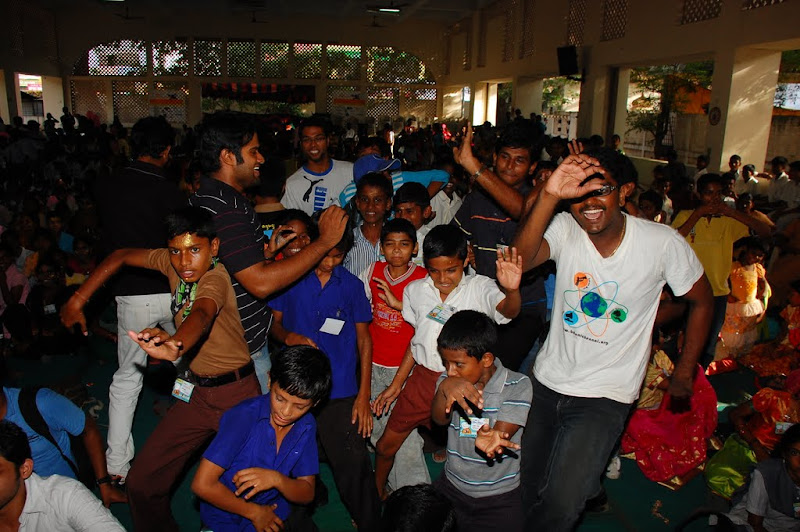 The guests left, the prizes were distributed, and photos were clicked. But was it all over? No. The best was yet to come – the send off for these children. We Bhumians formed a human chain on either sides of the red carpet and waved to every child, as they walked to their respective buses. Our hearts fluttered in happiness as we watched the children wave their hands and look up at the fireworks illuminating the sky, with awe. 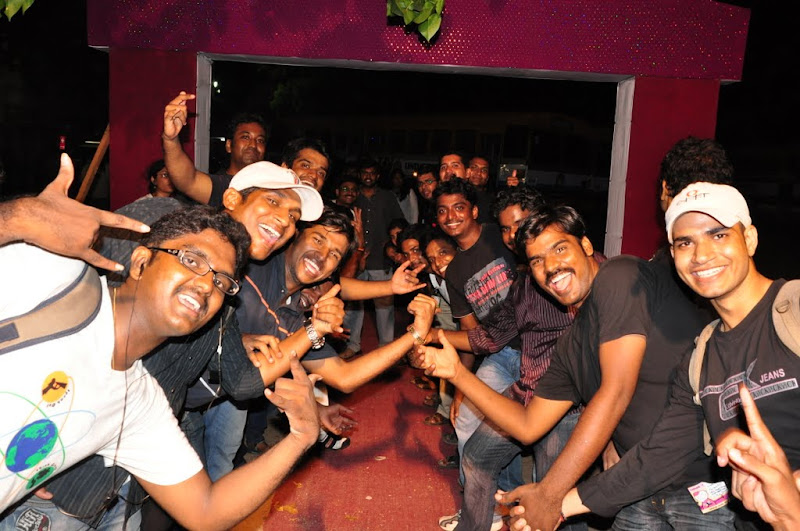 As Bhumians, we were extremely happy to share our happiness with them. And as Buvannesswari Devi says, the spirit with which the children participated lifted everyone’s spirits.

We were there to cheer them on and give them the spotlight they deserve. And they were there for us, with their smiles 🙂

As they say, the grand essentials of happiness are: something to do, something to love, and something to hope for. We are certainly looking forward to the next edition of Siragugal and hoping to make it bigger and better.