My most memorable day…

22 Sep My most memorable day…

Dressed in my finest, I watched the buildings whiz past me from the bus. I looked down at my ID card as my mind was busy racing through the events for the day. I was participating in two events – solo dance and group dance. I wanted to watch as many other events as possible. Our names were called out by Lokesh Anna from Bhumi, he said we were almost there. We turned into a big school, Bhavan’s Rajaji Vidyashram at 7 AM where more Annas and Akkas in black and white T shirts were waiting for us. We were there at Siragugal 2010!! 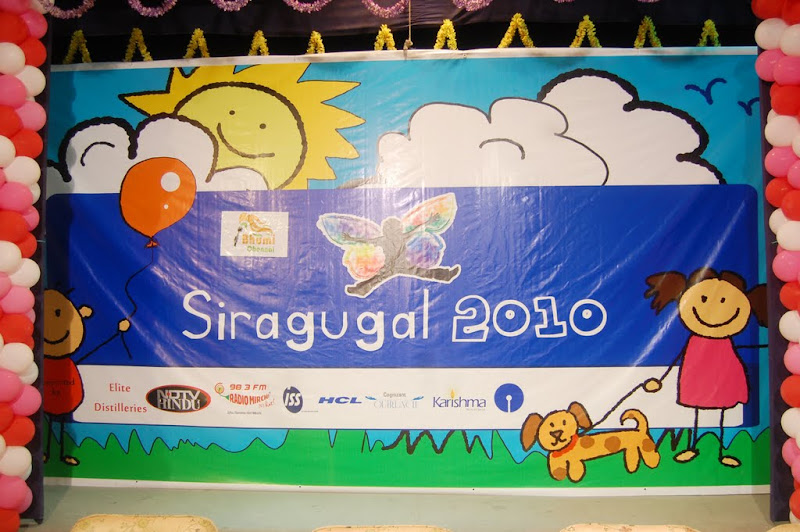 By the time we got back from breakfast, which was the most amazing pongal I have had, the auditorium was filled with so many children like me. On stage, Prof.Mannar Jawahar from Anna University spoke and sang, after which Shiva Karthikeyan mimicked so many people. Actress Anuya spoke and then Singer Srilekha Parthasarathy sang and we danced. The best performance was by Nithyasree from Airtel Super Singer Junior. I’m definitely going to tell everyone back at school about this!!

Solo dance started after the inauguration. I had practiced for two songs and finally it was jointly decided by my friends that I dance to Vijay’s song Pokiri Pongal. It’s one of my favourite kuthu paatu. There were so many participants and they were all really good. Simultaneously my friends were participating in group song, mimicry and thirukkural recitation. While we were waiting for our turn, we drank mango juice and ate biscuits provided by the Annas and Akkas. When I finally got my chance, I was very nervous as I went up on stage, but as soon as I heard the music, I simply danced! It was exhilarating! As my event was going on, we were taken for lunch. We had delicious sambar rice and curd rice. 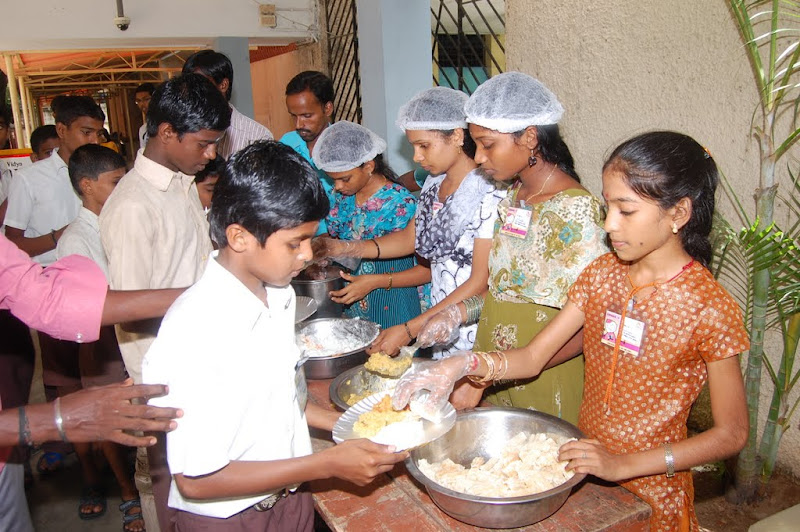 In the auditorium, for the first time, I watched a mime performance. It was outstanding! When Akkas from Bhumi sang, we left for the green rooms to change for group dance. That’s when we saw the game stalls and the science exhibition. We quickly went and played and got tattoos too! We also played a huge Snakes and Ladders game and did some experiments before getting back to our event.

The auditorium was packed to watch so many of us dance. So many other homes participated. Outside Tamil skit was going on and Akkas and Annas were making announcements about ground dance, Tamil elocution, English essay, flower arrangement and other post lunch events, asking the participants to move to the respective venues. Sometime during the event, actors Sibiraj and Shiva also came to see us!! Singer Maya sang a medley of songs, and all of us had so much fun dancing. After these celebrations, the most awaited prize distribution ceremony began. As every home cheered for their winners, everyone from Bhumi was there, as happy and excited as us! I was extremely happy and pleasantly surprised when my name was called out among the winners. Siragu Montessori School was the overall winner and my hearty congrats to them 🙂

As we were getting ready to leave thinking it’s the end of the day, crackers were bursting outside. All the people from Bhumi stood in two rows making a pathway and sent us off with hi-5s and cheers! It was one of the most unforgettable moments from the day! 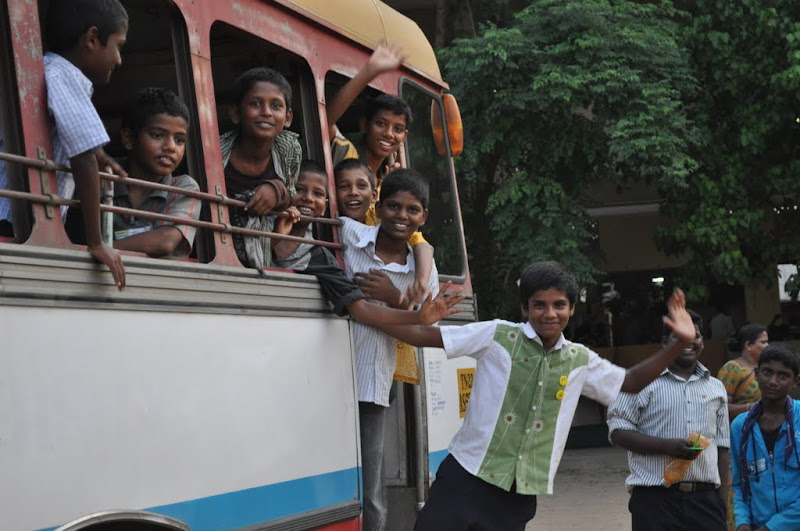