The date was finalised. The venue was frozen. Bhumians got into teams of their preferences, and started planning two months in advance. Meetings, conference calls, long threads of emails, one-to-one discussions – the package was complete with laughter, screams, arguments and words of wisdom! At many an occasion, the adrenaline rush got many of us high. Siragugal is Bhumi’s annual inter-orphanage art, literary, cultural and science talent carnival. The second edition of Siragugal was on 11 July 2010 at Bhavan’s Rajaji Vidyashram, Kilpauk. 915 children from 37 homes across Chennai, Thiruvallur and Kancheepurm districts participated in 17 competitions and the Science Exhibition. The weather Gods were kind and blessed us with a nice sunny morning that certainly got brighter as the day progressed. Can’t help but recall last year, when it poured donkeys and monkeys. 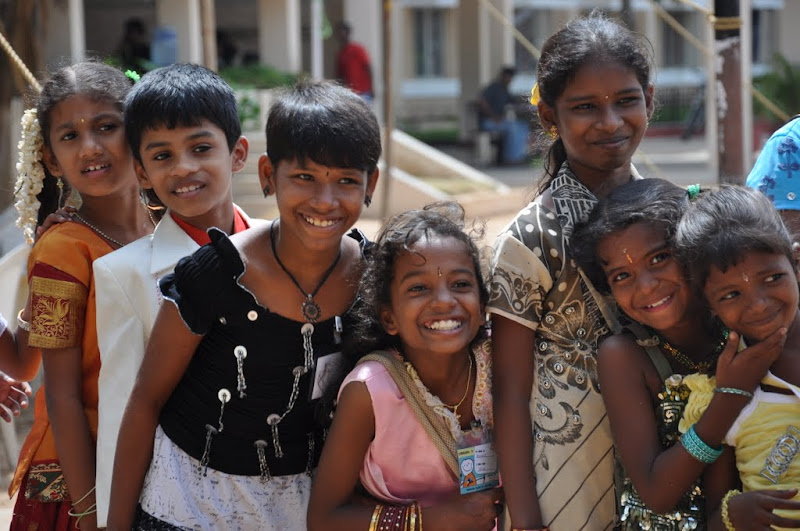 Children from far away locations were ushered to the auditorium. In some time, murmurs, and mumbles filled the room. And we knew the chief guests had arrived!! Vice Chancellor Mr. Mannar Jawahar, playback singer Ms. Srilekha Parthasarathy, Kalaka poavathu yaaru fame Mr. Siva Karthikeyan, and SMS actress Ms. Anuya – each of them had nice thoughts to share. The excitement rose in every child when the guests performed. While Siva’s mimicry of Superstar Rajnikanth, Ajith, Vijay and a few more tickled their bones, Srilekha’s singing got them tapping their feet, and swaying their bodies to her beats. To add more colour, Nithyashree of Airtel Super Singer Junior fame celebrated her birthday with an enthralling performances! 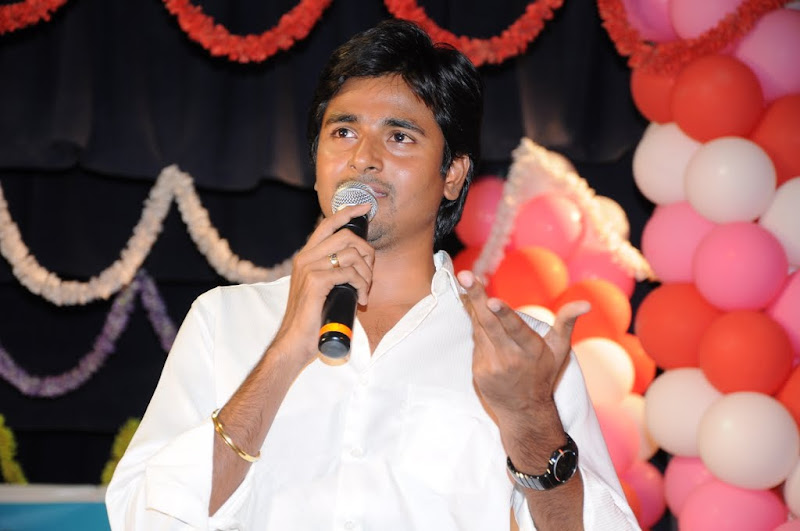 Following an entertainment packed inaugural, the children were directed to their respective event venues. Not knowing what to expect from their peers, every child was deeply involved in recollecting their dance moves, lyrics, and ideas. The art events – clay modelling, pot painting, face painting, and flower arrangement – had mind blowing final products, and revealed the creativity hidden in these children who otherwise have very little exposure. 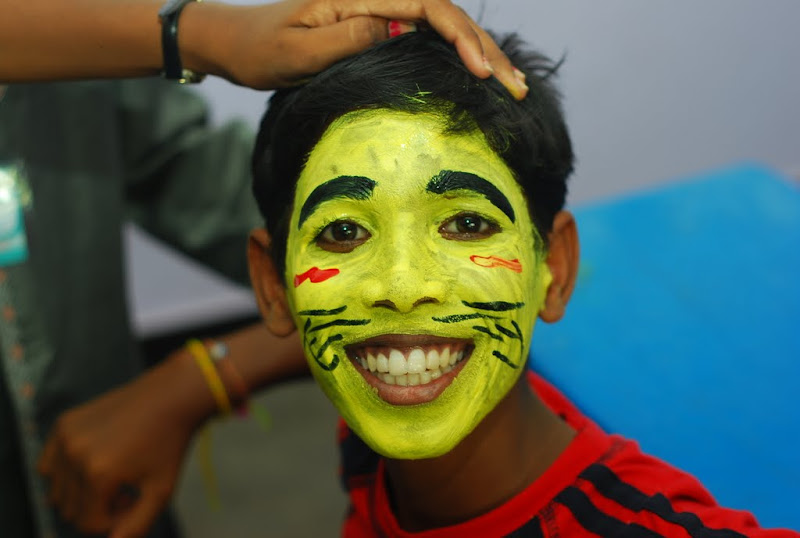 A child’s model of the human respiratory system made jaws drop. On the sides, he had a message to share – “No Smoking” – Innocent, but definitely not ignorant. Skit and literary events like elocution, essay writing and thirukural recitation might not have brought in many participants, but definitely helped in surfacing the deep thoughts, values, and imagination of these children. Stars from Airtel Super Singers Ravi, Renu, Ranjani, and Raginisri added a lot of excitement, and glitter to the solo song event. Solo Dance had the maximum number of registrants, and filtering the best was the judges’ biggest challenge. 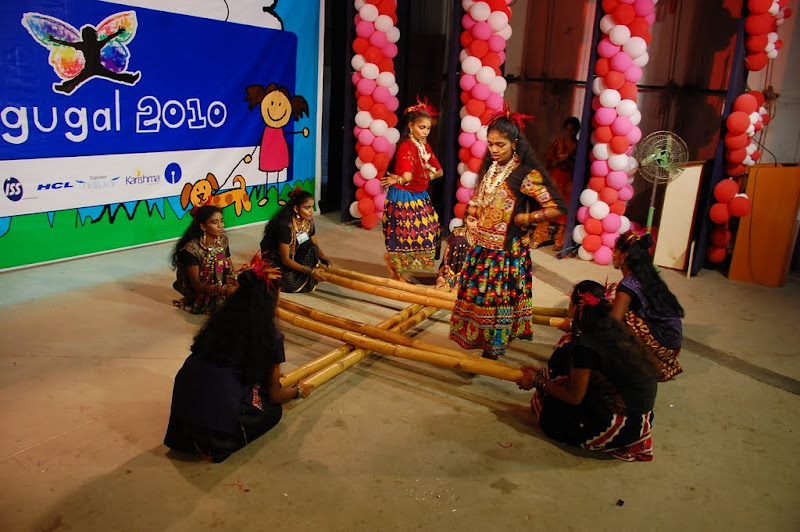 On-stage events were way beyond expectations. The teams were well-equipped with props, costumes to suit the theme, and instruments to play the background music. As promised, Siragugal was peppered with ample entertainment and fun. Performances by a professional mimicry artiste and a mime group, and play stalls added more flavours to the already scrumptious meal. 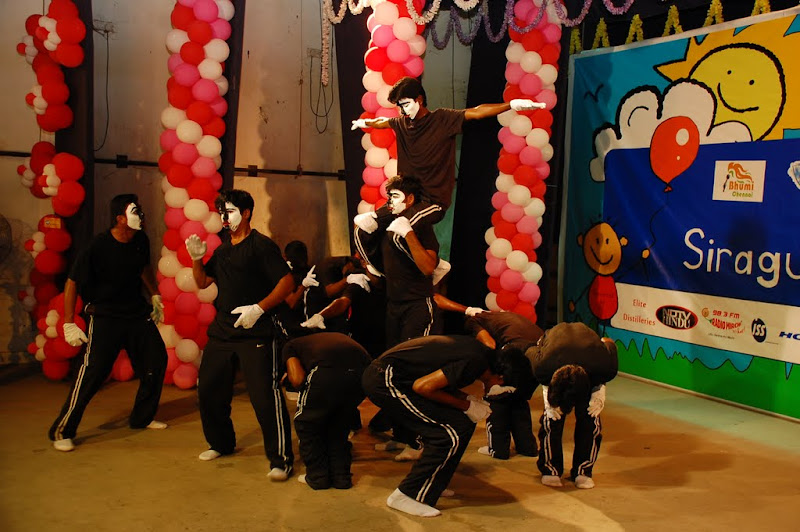 The science exhibition had simple but innovative models on display. The ingenious Snakes and Ladders game which had messages on how to preserve environment was everyone’s favourite. Children on their toes throwing the dice as big as their head and scampering around excitedly made every hour put in worthy. A lot more happened at the Exhibition. Click here to read. 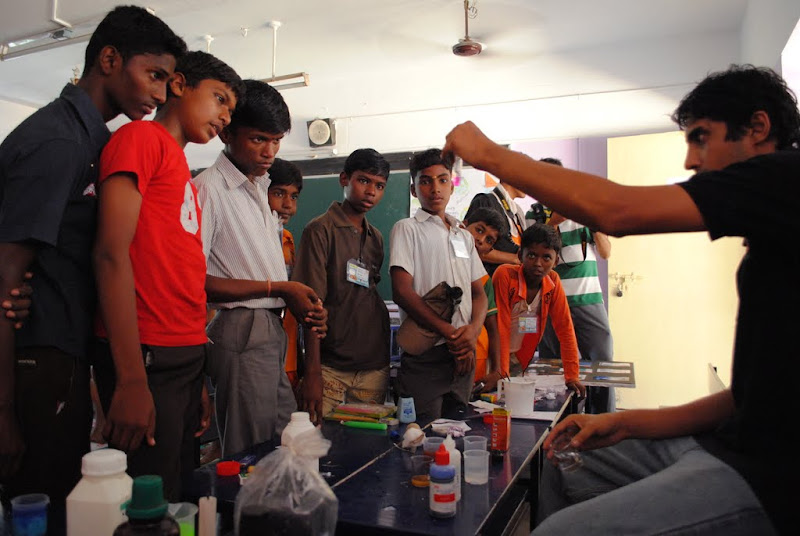 The valedictory was in no way less-vibrant than our inaugural. Mr. Sibiraj (actor) and Mr. Shiva (RJ / actor) made the evening memorable for the children. An electrifying performance by Ms. Maya Sricharan (playback singer) got the audience on their feet. The prize distribution followed and the auditorium reverberated, with every winning child thoroughly enjoying the much deserved applause and attention. While Siragu Home, Vyasarpadi swept the Siragugal Rolling Trophy for 2010, Ramakrishna Mission Students’ Home, Mylapore bagged the Best Participating Children’s Home award. 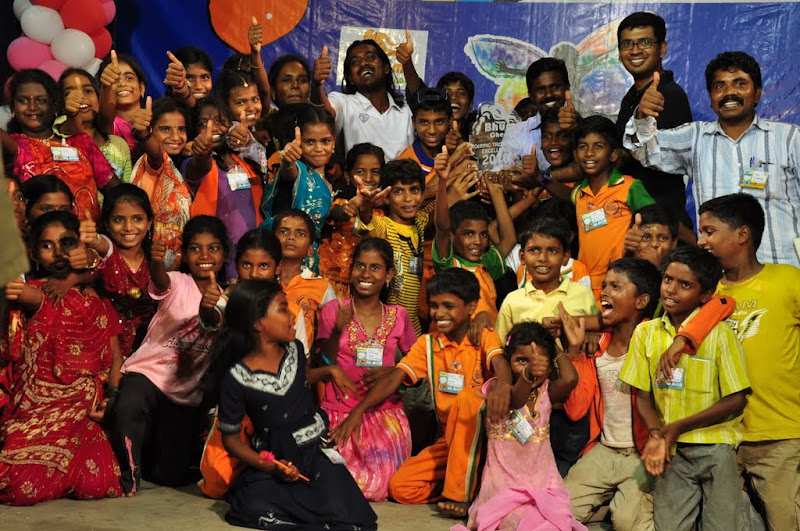 Ask a Bhumian, and he/she would definitely title the goodbye on the red carpet THE BEST part of Siragugal. With crackers lighting up the dark skies, we bid adieu to every child and guardian for making our day priceless, and our efforts pains free. Thank you, See you soon, Congratulations, were some of the many words exchanged in such a brief moment. 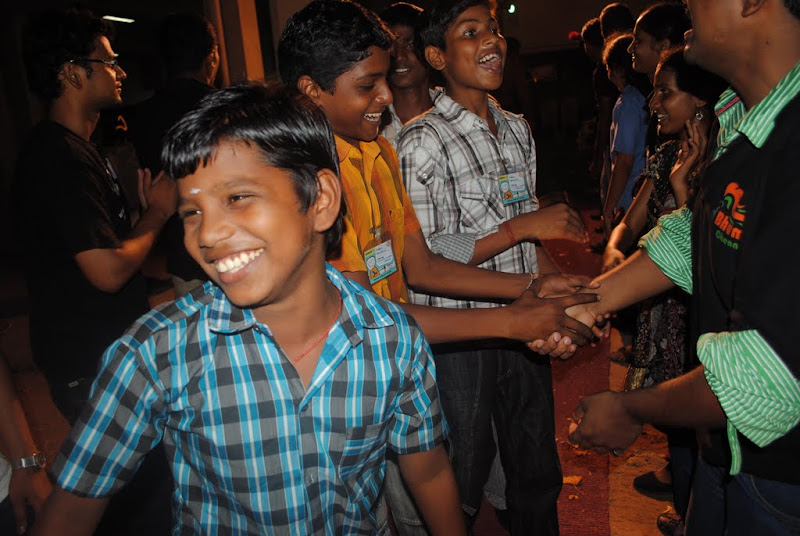 The children had worked hard and delivered their best with passion. Neither did they have a seasoned choreographer to sequence steps nor a voice coach to train them. But their effort and energy certainly made us stop and take notice of what they were doing on-stage. As Bhumians, we were extremely happy to share our happiness with them. We were there to cheer them on and give them the spotlight they deserved. And they were there for us, with their smiles. We are certainly looking forward to a bigger and better Siragugal 2011 🙂 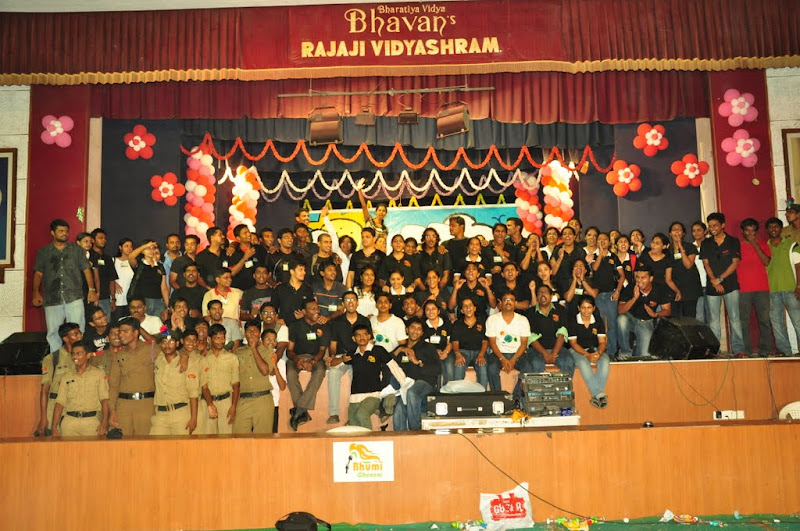 Bhumians thoroughly enjoyed the company of the NCC Cadets from College of Engineering, Guindy, Sneham and the students team from Bhavan’s Rajaji Vidyasharam School, each of us strongly believe that Siragugal wouldn’t have been possible without their dedicated efforts, and passion to serve. The1th standard students were forthcoming in handling tasks assigned, working with the Bhumi team, and assisting our esteemed guests – the children. Thank You, we look forward to more such occasions. 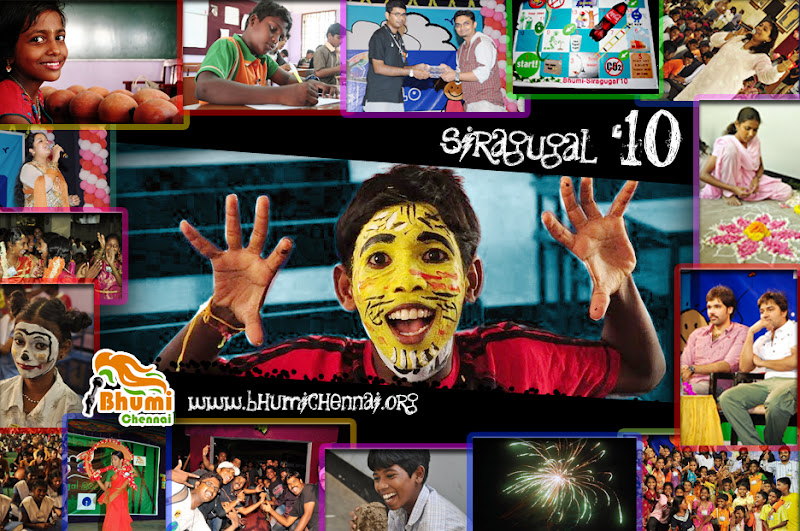