The Sports Day of Siragugal 2011 got off to a wonderful start with the torch relay and a line up by the kids who released colourful balloons up into the air as the flame was being lit. This set the pace for the rest of the day and the energy in the kids just didn’t drop as the day progressed. 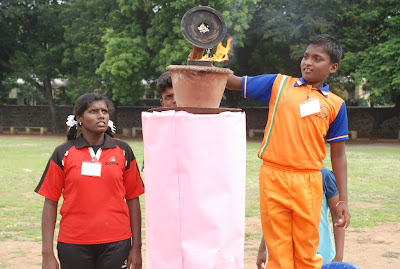 The kids participated with a lot of zest in the events. The track was set ablaze by the sprinters who refused to give up till the last moment, surprising one and all with the intensity of competition even at the preliminary stages. Races were won by the proverbial whisker. The coordinators actually had a tough job segregating the winners since the difference should have been in microseconds among the finishers! The stamina, boys and girls alike, was at display in the long distance running events. In spite of events through the day, they withstood the scorching sun to come out victorious. It takes guts, determination and more.

Long jump, high jump and shot put were a big hit. Kids were seen flying mid-air determined to jump the distance or clear the hurdle. Who knows? The next Usain Bolt / Yelena Isinbayeva could have been there at Siragugal 2011!! 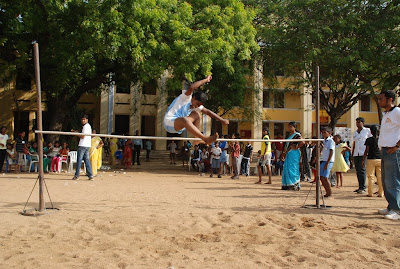 The team events witnessed the maximum participation, maximum drama and maximum spirit. Kho-Kho and Volley Ball courts were the most happening places on the ground. The Volley ball final was heavily contested with both teams exchanging blow for blow. Kho-Kho was simply electric! No wonder the referee who has represented the state team wanted to compete withthe kids since he thought the competition was of the highest standard. 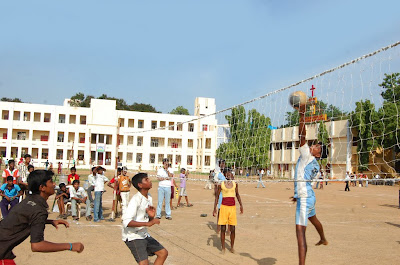 Away from the ground, sharp minds were at work planning their every move with care as the Chess competition got underway. The moderators who were present for the match were amazed at the swift and smart moves the kids came up with. Children participated with huge interest in Carrom as well. Indoor events were clearly a favourite among kids. The Karate workshop in the evening had to limit participation as the hall started filling up and the kids got basic tips and participated with much gusto! 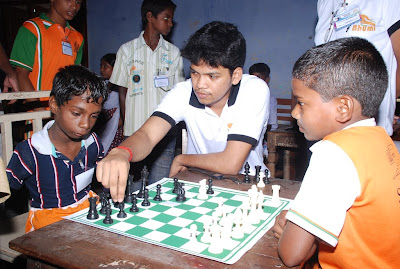 The little ones, away from all the stiff competition were seen enjoying in the fun stalls and the events that were specifically designed for them. The stalls were seen overflowing; the volunteers had a tough time controlling children who wanted to be in the thick of the action. It was pure unadulterated fun for the whole two day leaving the kids with fond memories to take home. 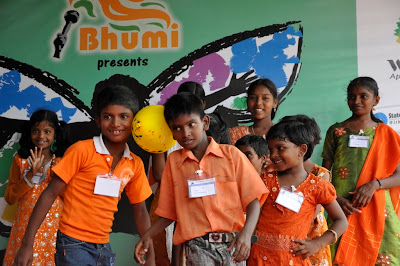 The joy of winning in sports – be it individual or team events is simply unmatched and unforgettable for life. There were so many such moments at this year’s Siragugal. The feeling was cherished by every Bhumian along with the children. 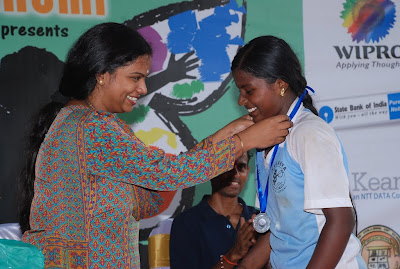