Posted at 14:57h in Volunteers by Bhumi 0 Comments
0 Likes
Share 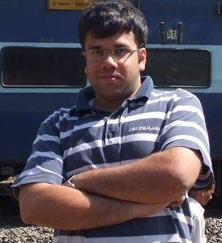 Hey Sameer, tell us a little bit about yourself.

A Computer Engineering graduate from Mumbai University, I currently work as a Junior Tech (SAP) Consultant at Numantra Technologies and have been working with multiple clients for a year.

Right from childhood, it has been my hobby to learn new things. I am professionally trained in Cricket, Badminton, Kabaddi and Skating. I enjoy reading books of all kinds, but my favourite genres include History, Biographies, Mythology, and Polity.

What was the inspiration behind your decision to volunteer? What led you to take it up in a field involving children’s education?

A number of factors snowballed into leading me to take up volunteering for children’s education.

Being an avid reader, I chanced upon the books written by Mrs.Sudha Murty (who has been a Philanthropist for over a few decades, and is also a volunteer).These books, I confess, were the seeds for my initial inclination to volunteering.

A student belonging to a humble family background has very few things to offer. The only thing I had in excess, and could share, is the thing that we humans can produce inherently in bulk, is replenished without any additional effort, and is technologically possible to donate, i.e. blood. So I started donating blood when I turned 18 and have been donating it every 6 months since. But I soon learnt, during my first job at a village in the interiors of Goa, that Thalassemia Major and other diseases related to the blood were the least of the problems for the underprivileged strata of society. The rural population, I realised, is a combination of extremely poor and backward populace (forming the majority), and extremely wealthy but uneducated and orthodox people (forming the minority). The kids I met in these interiors were bright, but they picked up all the wrong traits, prominently due to neglect, lack of right role models, and a generally unhealthy environment at home. Realising this, I decided to start volunteering for the cause of children, so that I could at least point them in the right direction, and also make them aware that they, too, have got a choice.

Another inspiration has been Baba Amte and his clan, and the zeal with which they volunteered for various causes (of which the most important was to impart knowledge and create awareness among tribal people).

Initially, you registered with several volunteer-based organisations, but chose to stay with Bhumi. Why?

I had applied for volunteering in Make A Difference (MAD), Akanksha, and many such organisations. The first call I received was from MAD. They asked me to take up a topic and simulate a teaching environment. That was when I realised that I may not be that adept at teaching. So I decided to go into organising or coordinating rather than teaching.

Luckily for me, I received a mail from Bhumi informing me that they wanted to setup a chapter in Mumbai. This was something I was confident that I am good at, so I decided to join Bhumi. Also, an added bonus was the flexibility of time due to which I can shuffle conveniently between work and volunteering. Hence I chose to stay back.

What was it that led you to register online for Bhumi even before we started out in Mumbai?

That if they ever come to Mumbai, they should count me in for the initial setup and allow me to coordinate in Mumbai chapter.

How did your Bhumi experience begin?

During our first meeting, I was allocated the role of a centre coordinator. Following this meeting, I was waiting for word about when to start and what the other details were, but for quite some time none came. However, one fine day, there was an invitation in the mail to join as a volunteer, and I decided to go to this meeting and find out about our initial plans. When I reached the venue, I gathered that the chapter had already begun, and that I hadn’t been receiving the updates due to some technical problems in modes of communication. The people holding the meeting were the ones selected along with me as centre coordinators. That is how I came by Team One and started with the ground work, thus becoming part of the initial team.

Tell us about your role in Bhumi.

Initially, about 30-40 people had promised to show up and were appointed various roles. However, when they were needed, this number dwindled to a mere 9-10 due to a combination of technical glitches in communication, and lack of commitment. So I had to be a part of Team One. Also, due to the scarcity of volunteers, I had to pitch in to the Operations team, visiting orphanages and talking to the authorities there. I also took up a role in the HR team, working for initiation of new volunteers. In addition to these, I am the coordinator for a centre near my locality.

How did you celebrate the Joy of Giving Week at Bhumi?

During the Joy of Giving Week, we distributed crackers, sweets and other eatables among the children’s homes and celebrated the festivities with them. Later, we distributed wish cards in which the children wrote down their wishes. After collecting these, we either gave them to the sponsors who had agreed to fund them or bought the gifts ourselves and distributed them to the children. We also organised a Nakshatra drawing competition at various homes as an ice breaker between the volunteers and the kids.

Has Bhumi enriched your life in any way?

Bhumi has not just enriched my life, but has also induced a positive energy into it. Bhumi has given me an opportunity to share what grace has given me with those less privileged. It has also improved my learning curve by allowing me to be a part of every phase of its setup and growth in Mumbai. It has humbled me by the sheer numbers of youth volunteers that work tirelessly for the same cause.

What are your future hopes/aspirations?

As a Bhumian, I will always hope to keep improving the learning curve, both for my own self as well as for the less fortunate part of the society.

Professionally, I would like to pursue an MBA and am hoping that the knowledge I have gained about starting up/initiation, and the skill sets I have developed (time management, finance management, operations) will help me in becoming a good leader.

Your message to fellow volunteers:

I don’t believe that you and I, the youth of today, need anyone to prove to us the desperate need of our contribution to eradicate illiteracy. If ever there is a time to give back to society what it has given to us, it is now. An hour or two per week is definitely not a very huge amount of time which can affect us if utilised for a social cause.

It doesn’t have to be any one movement or organisation. There is a man in North India who plants seeds along the roadsides or on any soft land mass that he finds as he walks by. It is a very simple task, but he has been doing this for so long that he has unknowingly planted more than a thousand trees. My point is that, it is not the task you take up, but the dedication with which you do it and the persistence you show towards seeing it through to the end that will make the world a better place and also make you a humble, sound, and responsible individual, a better citizen and a better human being.