Posted at 16:15h in Events by Bhumi 4 Comments
0 Likes
Share

Being in the city for two years, there were times I would really wonder where my kind of people were. The cliché that college is the time you find your friends for life never really worked for me. Apart from the three of my best friends and my roomies who tolerated me, I really wished that I could get a bunch of people who genuinely have something in common with me. Then I joined Bhumi. On 15 August, we were invited to Bhumi Blast, a get-together to celebrate India’s Independence Day and Bhumi’s birthday (this year being our fourth, yay!). Walking into Youth Hostel, I was like – Whoa . . . Is this going to be one more crowd I wouldn’t fit into again? And man, these guys proved me wrong!! 🙂 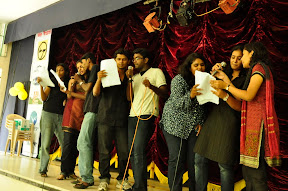 First thing I did was search for people I knew . . . Uma? Aruna? Where are you guys? Yet everywhere I turned, I saw a friendly smile. Almost saying Hey, you made it! Awesome! Something I needed to get used to… Meanwhile, the entertainment had already begun. People were singing popular tracks of the era, out of which I knew only a few I wasn’t the least bothered whether or not I knew the song or that I sang in a horribly accented Tamil but I joined in 😀

Games followed through splitting us into groups. Vaishnavi, Uma and Nandini tried to get us to introduce ourselves to each other. Playing catch that dragon’s tail, pick that coin blindfolded to a simple game of chain tag to finally a dance-athon, the atmosphere went back to when we were a bunch of 4-year olds 😀 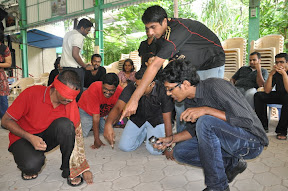 Next moment, we were settling down for the award ceremony (fancy, right!). “While each and every volunteer strives to make a change, these people were the most outstanding Changemakers and Torchbearers who made us the proudest” as Prahalathan aka Doc put it. It was an odd realisation that people went all out of their way travelling long hours putting their heart and souls into Bhumi to actually materialise our vision Change Today . . .Change Tomorrow. Seeing that pretty crystal trophy in their hands I am pretty sure a mental note was made in all those minds in that audience to be the next Changemaker or the Torchbearer 🙂

Through the fun, emotional and inspirational thank-you speeches, someone started yelling, “When’s lunch?” 😀 Coping with the restless crowd, paper plates were handed over in all directions. Serving of a really delicious spread of lunch began. And it was obvious that the smile percentage of the crowd, which was already a 100% increased by another 30%. Slowly small groups started forming interactions between the new, the old and the in-between (based on how long they have been in the organisation, not age folks! :-P), teasing, laughing and chatting like peas in a pod. And oh, the delicious chocolate truffle from Winners Bakery lit us up a lot more! 😀 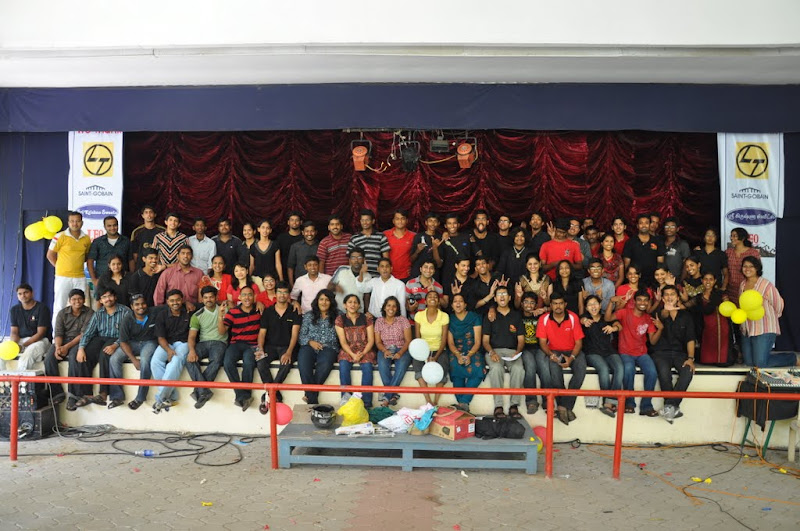 Bhumi had its blast in every way possible. I’d like to mention here the congratulation bumps given to all the awardees – a blast it was! For those who missed it, you have some catching up to do!! Till the next time, don’t stop believing…

By the way, I am Madonna, your blogaddict.

PS: In case I missed anything (I am pretty close to being certified as a candidate of amnesia) or if you want to mention your side of the story, fill those comment boxes. 😀